I am a post-doctoral Fellow at New York University School of Law.

My work is mainly in Philosophy of Law and Philosophy of Science. I’m also very interested in Epistemology, Meta-Ethics, Political Philosophy, and Decision Theory.

I completed my PhD in Philosophy at CUNY Graduate Center. My dissertation, titled Production not Dependence: The Metaphysics of Causation and its Role in Explanation, Responsibility, and the Law, was supervised by David Papineau (with Graham Priest, Michael Strevens, and Michael S. Moore). My dissertation argues against counterfactual theories of causation and causal pluralism for a productive notion of causality, which precludes omissions. I show that such a conception makes better sense, not only of causal metaphysics, but of the role of causation in scientific explanation, moral responsibility, and the law. 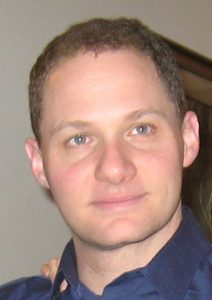 CUNY I studied both Law and Philosophy at both the undergraduate and graduate level at Hebrew University of Jerusalem and New York University. I’ve practiced law both in Israel and in New York and clerked for Justice Ayala Procaccia at the Supreme Court of Israel.

From 2019-2022, I was Visiting NEH Chair in Humanities and Assistant Professor of Philosophy at Albright College in Reading, PA.  I have also taught at Baruch College, Hebrew U, NYU, Brooklyn College, and Lehman College and served as a Writing Across the Curriculum Fellow at Queensborough Community College.

This entry is licensed under a Creative Commons Attribution-NonCommercial-ShareAlike 4.0 International license.

Need help with the Commons? Visit our
help page Send us a message

Built with WordPress Protected by Akismet Powered by CUNY